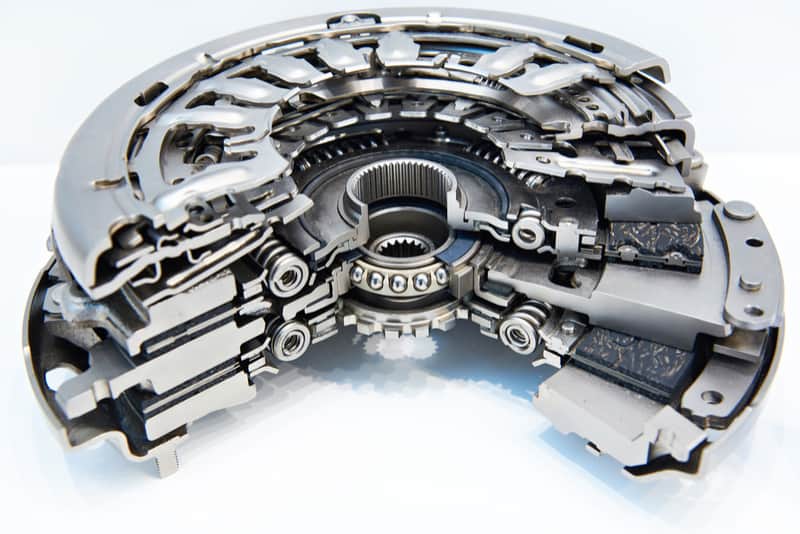 All wheel, front wheel and rear wheel drive. 4×4 clutch replacement pros. Contact us, free estimates. Something we typically will recommend to drivers is less gas and more clutch. What this means is less engine rpm and a slower clutch pedal release will result in a more aggressive apply of the clutch disc and related assembly. A more aggressive apply will result in less disc slippage and less slippage will return a longer clutch life. If you release your pedal slow enough, you don’t even need the gas. Try not to give the car any gas until the vehicle starts to move.

A slipping clutch reduces the amount of power delivered to the drive wheels.If you experience changes in engine speed without noticeable acceleration, your clutch could be slipping. If your engine revs and the car hesitates before accelerating, it can mean your clutch isn’t delivering horse power and torque through the transmission to the drive wheels. Keep notice of the clutch pedal height where you feel the clutch begin to engage. The higher the engagement of the clutch, the more the clutch is worn and may mean a clutch replacement is soon. Notice if you smell something burning, a clutch that slips has a unique smell. The smell is the same as when your brakes burn. If you have smelled something when coming home from the mountains, odds are that was your brakes. Clutch and brake material are the same materials.

Why choose us for clutch Installation

A-Affordable Transmissions Center is one of the most experienced and respected clutch repair centers in all of the Denver metro. We are fast, cheap and honest. We take the time to walk every customer through the repairs process. The initial inspection will not cost you anything. We are a shop with many years of experience. Over fifteen thousand clutch installs and repairs under our belt, so you can expect educated answers to your questions and needs. You’ll get a complete checklist of everything that needs to be repaired as well as what it will cost before any work begins. When work begins we will update you daily, so you know what the status is of your repair.

“Dave and his crew are very knowledgeable I will not go anywhere else for tramsmission issues. My wifes truck wasnt shifting right and i had a mass air flow code so he recommended putting the intake back to stock so i did amd it fixed all my issues. I will recommend these guys to everyone i know they are the best.”

So far so good. Dave is really nice, and gave me a wide range of options to fit my budget. And even the most expensive option was 1000$+ less than others i called. Will update after service is complete… Service complete. They gave a free 10 day checkup. Truck runs o.k. so far

“Once I stepped in the shop, it was nothing but professionalism and the level of customer service that really was unparalleled. Dave worked with me through each step and kept me updated on their progress. The repairs were completed on time and on schedule.

“These guys are great, I brought my 34 ft motorhome in that had been sitting for 4 years and had lost all the transmission fluid. Randy called me the next day and told me the pan bolts were loose… they tightened them, filled it with fluid, test drove it and the total bill… No charge.. good honest trustworthy people you can tell they take pride in their work. I recommend this shop to everyone!! If you need any transmission work done this is definitely the place to bring your vehicle. Thank you Randy and Ron.”

“Best transmission shop ever. I have a hard time trusting my vehicles with anybody but Randy made me feel comfortable and called me every step of the way explaining every detail. His quote was accurate and honest the rebuild was done fast and the van runs like new. HIGHLY RECOMMEND.”

These guys are great. Randy and his team are top notch and I highly recommend them.
My Dad was a chevy TH-350 transmission mechanic for years and these guys made sure they explained everything to me and I was confident they were doing the job right. Even after the job was done they followed up, corrected a minor issue (no charge) and even took care of an exhaust pipe that was making noise.

When you visit our repair facility you can expect

Different repair warranties fit your need. A free inspection including a road test, preliminary testing and electronic scan. Written estimates are provided, so you can decide what to do. No work will be done unless you agree and fully understand the process. Extreme Transparency, no hidden anything. All work is done on site at our repair centers. We don’t just advertise that we are a clutch replacement experts. This is a real clutch shop and has been since 1979. WE REPAIR AND REPLACE CLUTCHES FOR MUCH LESS THAN OUR COMPETITION. A experienced clutch doctor is the right choice, sometimes the best option is not right around the corner.

Warning Signs of a Failed Clutch

Some modern cars are now made with manual transmissions. Of course, nothing is full proof. As sophisticated as these modern transmissions can be, errors can make those gearshifts considerably less smooth. The check engine light can often be one of the first telltale signs that your car is having trouble. When a automotive clutch fails, you might notice some strange sounds or vibrations when something goes awry with your vehicle’s clutch assembly. In other situations, your transmission might shift gears in unpredictable ways, resulting in uneven speeds and inconsistencies while driving. Your car may sound like it’s trying to go 100 miles per hour when it’s only traveling at 50, this is known as a clutch slipping in most cases. Additionally, there might be a few seconds delay when you shift each gear. While some of these problems might seem negligible in the moment, ignoring such issues could make the situation worse, decreasing the life of your clutch over time and increasing the costs to repair. When a clutch begins to slip, it is best to get the car or truck in for service to avoid causing additional damage.

In business since 1979 rest assure we will be here for you if a problem should occur. WE TAKE PRIDE IN OUR WORK and back it up with warranties to give you the peace of mind you want. Bring your vehicle to a professional transmission, transfer case, clutch and differential mechanic, give us a call now for a no hassle, no obligation insight of your car and truck clutch needs.