Two locations to serve you. 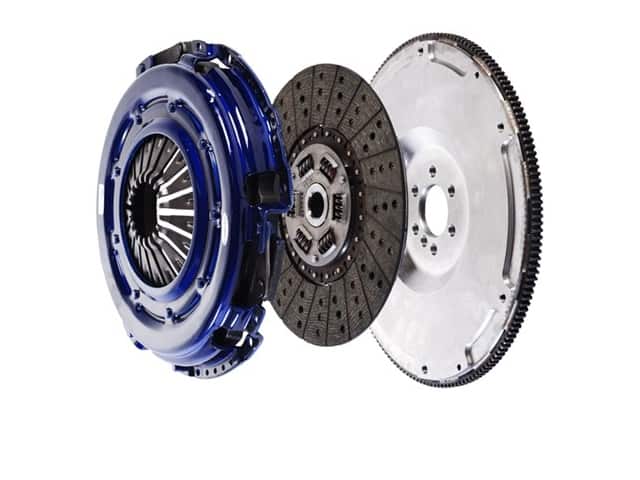 Looking for a clutch repair Highlands Ranch facility? The car and truck clutch repair experts here at A-Affordable Transmissions Center serving Highlands Ranch are always ready to help. Feel free to email us or call 303-761-3333- we are here to answer your questions. We are located at 3485 S Zuni St Sheridan, Colorado 80110. We perform all clutch repairs in house. Proudly using LUK clutches for our clutch repairs

When you visit our repair facility you can expect:

Warning Signs of a Failed Clutch

Some modern cars are now made with manual transmissions. Of course, nothing is full proof. As sophisticated as these modern transmissions can be, errors can make those gearshifts considerably less smooth. The check engine light can often be one of the first telltale signs that your car is having trouble.

When an automotive clutch fails, you might notice some strange sounds or vibrations when something goes awry with your vehicle’s clutch assembly. In other situations, your transmission might shift gears in unpredictable ways, resulting in uneven speeds and inconsistencies while driving. Your car may sound like it’s trying to go 100 miles per hour when it’s only traveling at 50, which is known as a clutch slipping in most cases. Additionally, there might be a few seconds delay when you shift each gear.

While some of these problems might seem negligible in the moment, ignoring such issues could make the situation worse. Ignoring these problems decrease the lifespan of your clutch over time and increases the costs of clutch repair. 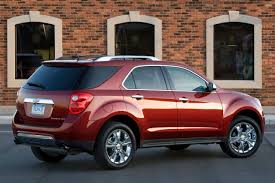 Our repair centers are some of the most highly respected clutch repair and transmission servicing centers in all of Denver, Colorado. The initial inspection won’t cost a cent, and we take the time to walk every customer through the repairs process. We are a real clutch  installation shop, so you can expect educated answers to your questions and needs.

Don’t leave the health and safety of your car up to chance. Call us today for complete clutch installation and repair.

“Outstanding service and the rebuilt transmission is working great.”

“Was referred to these guys through a friend who has sworn by them for many years. I will certainly use these guys on my next Trans build and service.”

The history of the automotive clutch assembly

The first development of the twin-clutch or dual-clutch transmission started in the early part of 1980 under the guidance of Harry Webster. Initially, the control systems were based on patents filed in July 1981. All of these early AP twin-clutch installations featured a single dry clutch and a wet clutch assembly.

The first car with a DCT was the 2003 Volkswagen Golf. In DCTs where the two clutches are arranged, the larger outer clutch drives the even-numbered gears and the smaller inner clutch drives the odd-numbered gears. Shifts can be accomplished without interrupting torque to the wheels, by applying the engine’s torque to one clutch at the same time as it is being disconnected from the other clutch. Dual-clutch transmissions use two fundamentally different types of clutches. The wet clutch design is generally used for higher torque engines that can produce 250 ft lbs of torque or more. The dry-clutch design is generally suitable for smaller vehicles with lower torque outputs up to 184 ft lbs of torque.

Although the first use of a dry single-plate clutch was by Duryea in 1893, it was not until 1921 that a design was developed that would not burn out in a few hundred miles, thanks mainly to Englishman Herbert Frood, who perfected more durable friction material. 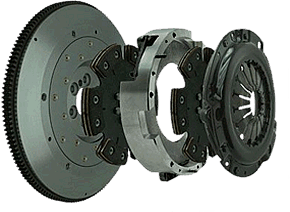 What are the pieces of  a Clutch assembly

Basically, the clutch needs three parts. These are the engine flywheel, a friction disc called the clutch plate and a pressure plate.

How does a clutch work

We are the Clutch Repair Experts

A-Affordable Transmissions Center is a expert on all things automotive clutch. We have the latest diagnostic equipment to accurately diagnose your clutch and  transmission issues. Your clutch assembly is a very complex piece of machinery. Many parts will need to operate smoothly for your clutch to function correctly.